US Export-Import Bank On The Chopping Block Once Again 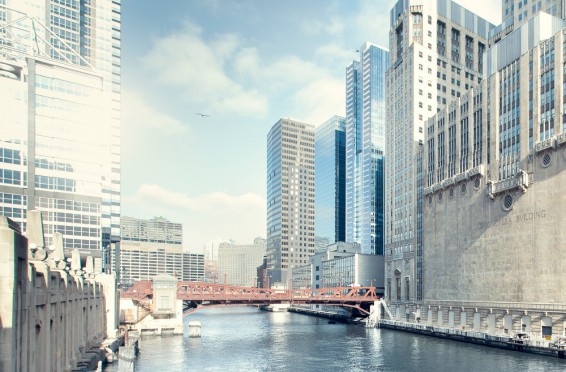 US Export-Import Bank On The Chopping Block Once Again

Kevin McCarthy, the next Majority Leader of the US House of Representatives, who will take over from Eric Cantorafter he lost a primary fight for his seat, has put the question of the continued existence of the US Export-Import Bank on his agenda.

In his first national television interview since being elected last week to be the #2 Republican in the House, McCarthy said on Sunday that Congress had decided in a previous vote that the bank, responsible for supporting American exports, should be phased out. He stated that “One of the biggest problems of government is they go and take hard-earned money so others do things that the private sector can do. That’s what the Ex-Im Bank does.” But this, in fact, is not really the role of the bank.

The Export-Import Bank (EX-IM) helps finance the export of American goods and services to global markets. The bank provides most of its interest-bearing loans to small businesses. But the bulk of its financing in dollar terms goes to major manufacturers, particularly in the airline industry. Traditionally it finances about 2% of America’s exports by providing financing, with interest, to companies who either lack commercial lender liquidity or are discomforted by the risks of lending to foreign buyers without EX-IM support.

In essence, EX-IM reviews the credit worthiness of potential customers, gets credit guarantees from banks in the customer’s country, and, if possible, issues credit guarantees to U.S. banks that then loan money to U.S. companies to fund manufacturing and exporting. In the last six years, EX-IM has helped over 7,000 companies in all 50 states. In FY 12 the bank’s activities on behalf of US exporters supported 225,000 jobs.

EX-IM was last re-authorized in 2012 after a serious battle in the House of Representatives and by consent in the Senate. The current authorization for EX-IM to continue operations expires in the fall of this year and the US Congress will either extend its mandate or not. For the record, every major business group in the US as well as the US Chamber of Commerce seems to be in favor of reauthorization.

It is worth noting that every advanced country in the world has such an institution, so to kill EX-IM would be a declaration of war on US industry and a major blow to the US’ ability to compete internationally. Fifty-four countries currently have similar institutions, with China having the largest.

Reaching 90 years of age this year, EX-IM is one of the few US Government agencies that actually generate income. At the end of the day, it is a bank; it loans money and charges interest which then inures to the benefit of the US Government. It makes money every year and helps reduce the deficit with both its profits and those of the companies it helps. Since 2008 it has generated $1.6 billion in excess revenue for the US Treasury. The cap on the maximum amount it can loan out at any one time is $120 billion while it is slated to grow to $140 billion by 2015. Finally, it provides a competitive advantage to US businesses.

For anyone involved in international trade reauthorizing EX-IM is simply common sense. To destroy it is to hurt US companies and their subcontractors, and at a time when the economy needs strengthening. So it would behoove everyone who cares about supporting America’s export growth to write to their congressional representatives and express these sentiments. As we all know, elected US representatives are significantly influenced by the voices of their constituents.