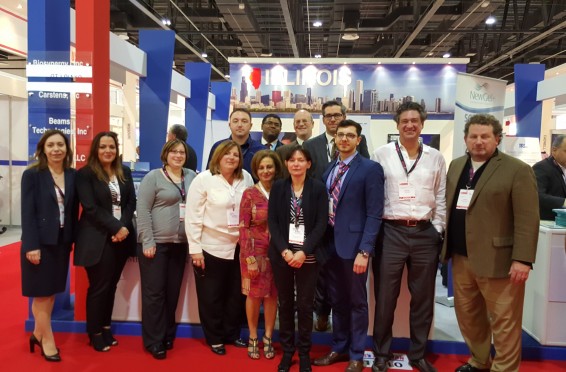 EDI was recently awarded a contract to represent the trade and investment interests in Israel of Canada’s Province of Ontario.  The work will be split between assisting Canadian companies to find export opportunities in the region, discover innovation opportunities of mutual interest and assist Israeli companies seeking a foothold in Canada to locate in Ontario.  Ontario is the first Canadian province to open a representative office in Israel.  The contract began on January 1st.

During the first week of January, Delaware’s Secretary of State, Jeffrey Bullock, lead a 10 person delegation of lawyers to Israel to discuss changes in Delaware law as it relates to Israeli companies registered there.  The group met with various law firms and on January 7th participated in an all-day session sponsored by the Israel Bar Association for its membership to learn more about corporate legal developments in the state.  EDI, in its role as representing Delaware in Israel, coordinated and planned the visit.

The Indiana Economic Development Corporation (IEDC) lead a group of local companies and state officials involved in cyber-security to Israel for the CyberTech Show in mid-January.  The impetus of the visit came from an earlier visit to Indiana sponsored by SIBAT, the commercialization arm of Israel’s Ministry of Defense and they hosted the major part of the mission.  A highlight of the visit was the announcement by Israel’s Omen High Pressure Die Casting of Kibbutz Hatzor-Ashdod that they are placing their U.S. manufacturing facility in Richmond, Indiana.  The new, 70,000 sq. ft. operation will service the company’s automotive clients throughout the Midwest. EDI, in its role as IEDC’s representative in Israel was responsible for bringing the opportunity to Indiana’s attention.

At the end of January, the Michigan Economic Development Corporation (MEDC) brought a delegation of cyber security companies to Israel to meet potential business partners and to participate, as well, in the CyberTech Show in Israel.  EDI was engaged to make B2B appointments for the three companies that participated in the visit.

Illinois Exhibits at Arab Health in Dubai in January

Illinois brought 10 local companies to the Arab Health 2016 conference and exhibition which took place in Dubai, UAE in January.  This was the fourth year that the state has taken a pavilion at Arab Health.  EDI, in its role as the state’s regional trade and investment representative, managed the effort and set over 75 one-on-one B2B appointments for Illinois companies to meet with potential business partners in the Gulf.

EDI also assisted the Georgia Department of Economic Development in making appointments for some of their companies who exhibited at Arab Health 2016 in Dubai in January.  EDI has significant commercial depth in the GCC countries and is well positioned to provide this type of assistance to U.S. companies traveling to the region.

The U.S. Commercial Service, in cooperation with the American State Offices Association, hosted a Select USA event in Tel Aviv on January 20th for Israeli companies considering opening a facility in the U.S.  The event, a series of 20 minute one-on-one meetings with the 14 state representatives resident in Israel, was coordinated by EDI in its role as Chair of the American State Offices Association.  During the day, over 250 one-on-one meetings were scheduled for the state representatives.  The U.S. Deputy Chief of Mission in Israel, William Grant, brought greetings to the participants on behalf of the U.S. Embassy in Tel Aviv.